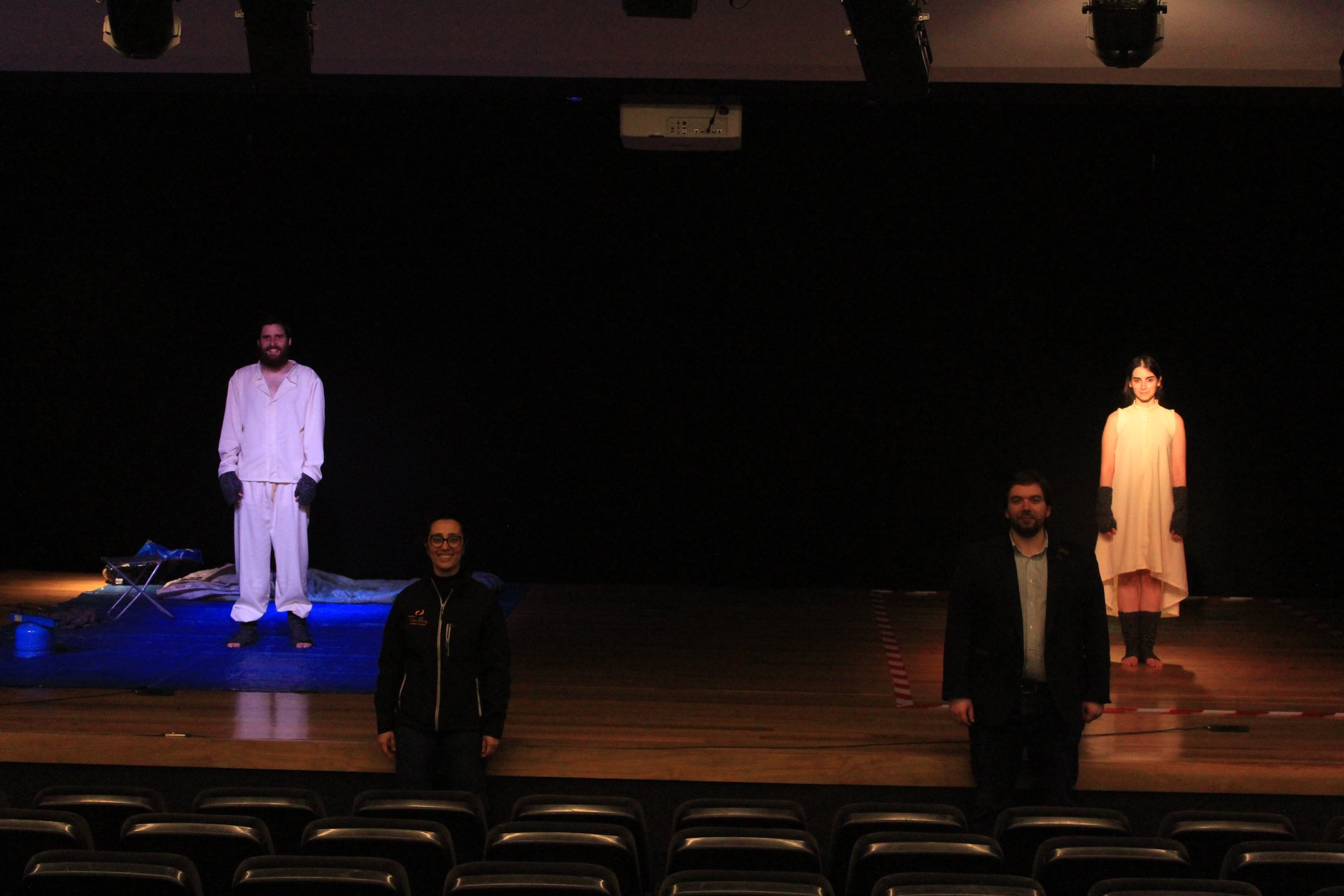 Despite the new reality that everyone is living due to the pandemic, this was an opportunity to celebrate Europe and the European project, thinking and reflecting about important questions that did not stop worrying us, during this time.

It was nice to see the actors of Tin.Bra again on stage, for now, without public, and also give a contribute to an europe under construction. Like Robert Schuman said “Europe will not be made all at once, or according to a single plan. It will be built through concrete achievements which first create a de facto solidarity.”

“Never understood the concept of borders. One day, some conquer, woke up feeling blue and decided that river, that mountain or that wall would be the borders of his territory. Borders.

My body is my border, and my mind is my ticket to cross any kind of obstacles. I do not need this body to be free.

A body, a house. A mind, a world. Connected by the attendance/absence of another. For the body, the absence of physical contact with other bodies. For the mind, the deafening presence of a race of thoughts that fills it. Is it what we speak what we think? Can we manage to materialize our thoughts?

I have the right to have a nationality, an identity, a territory. I am human until my acts prove the other way around. Cogito, ergo sum. I mark my existence by being, thinking and expressing, even if there is only left 15 minutes of humankind.”

To see the theatre play prepared by Tin.Bra and the conversation between the guests and the actors click below.

Located a few minutes walking from the Historic Centre of the city, Braga's Youth Centre is a multipurpose space that offers versatile and confortable accommodations, suitable for every age group.